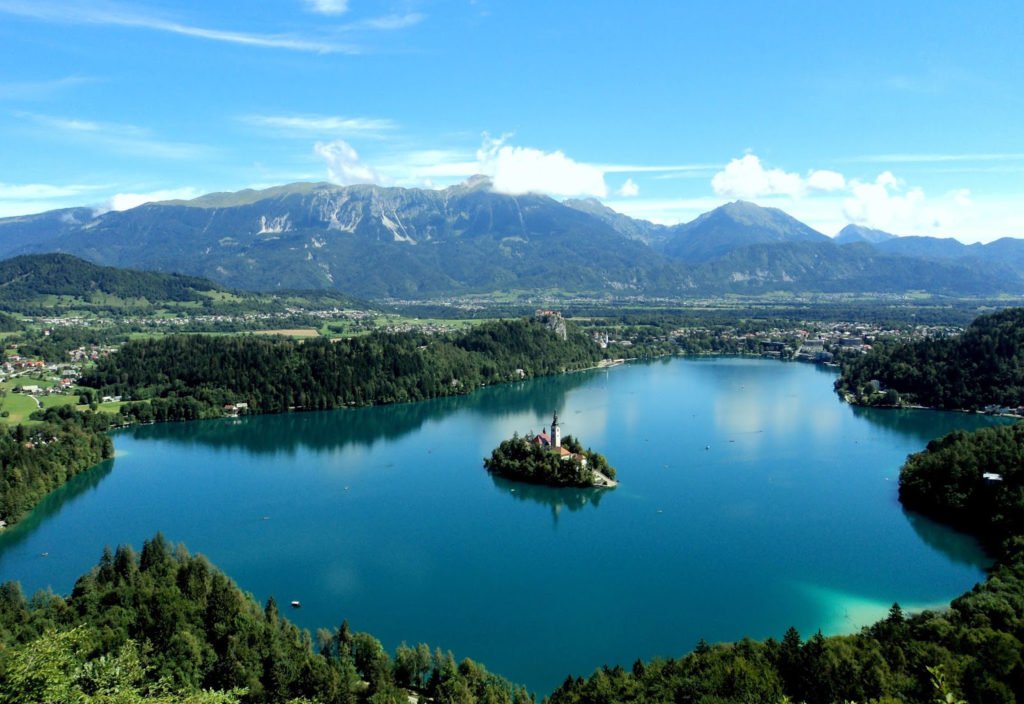 The historic landscape of Slovenia

Sloveniana Webzine is a showcase for articles featuring the unique and significant elements of Slovenia from the earliest times to the present day. The articles have been conceived as cultural archives which contribute towards greater awareness and knowledge about Slovenia and its culture.

Slovenia, a small country in Central Europe, is located at the juncture of the Alps, Pannonian Plain and the Mediterranean. The vastly different geographic regions mirror the variety of cultural forms specific to the many regions of Slovenia. Characteristic of the Slovenian cultural landscape is therefore a great diversity of cultural forms; architectural styles, types of buildings and materials, crafts, songs, traditions, customs and festivals.

The webzine endeavours to present this rich tapestry of traditions, customs, natural phenomena, ethnographic and cultural heritage, regions and history of Slovenia.

The concept of Sloveniana Webzine arose from the interest and perceived need for information about Slovenia and Slovenes in the English-speaking world. It has grown from its beginnings in 1998 to a collection of fifty articles. Many more await publication. Slovenia offers a glittering array of interesting geographical and cultural features, and many exceptional personalities, who have made an outstanding contribution to society. Following  the Independence in 1992 and the entry into European Union in 2004, Slovenia is today fast turning from the Terra Incognita (the title of Aleš Debeljak’s anthology of Slovenian literature in English translation) to Terra Cognita.

In its central European space, Slovenia has maintained a powerful sense of national identity, evident in a diversified cultural life nurtured with strongly held traditions.

The articles present a historical view of a distinct, well-defined and vigorous culture in a constant flux of development and marked by considerable achievements in many areas of endeavour. Slovenia’s history is not the story of kingdoms and great historical battles, but speaks of a rich cultural tradition and a fight for survival by a people and a culture in the center of Europe on a crossroad from south to the north and east to west. Over this territory the Urnfield Culture began its spread from the North Sea to the Italian Peninsula from the 13th century BC; Romans established their military and commercial might with military outposts and strong settlements on their way to the conquest of Europe; Celts and Huns crossed over this lands on their destructive path. Over the Slovenian lands Turks made  their attempts to gain foothold in central Europe over a period of two hundred years – with mighty armies and small military units, which were the curse of the land on the par with plague and crop failures; Slovenia with its bordering neighbour Croatia was also the stage for several major, brutally suppressed peasant uprisings.

In the 6th century AD the state was referred to by the Roman historians as Marca Venetorum and Provincia Sclaborum. Later known as Carantania, it entered historical records as the first European democracy. It is also recognized as the first Slavic state structure. By the 8th century Carantania was absorbed into the Frankish feudal state, first as an autonomous state, then in the 9th century as part of the feudal state of Charlemagne. This period was coincidental with gradual spread of Christianity. Slovenian election ritual of princes was enacted as late as 1728 in the Statehouse in Klagenfurt. The ducal stone and the throne are now kept in the southern part of present day Austria, the province of Koroška (Engl: Carinthia; Germ: Kaernten)  which is still Slovenian ethnic territory today.

By the 15th century Slovenian lands were absorbed into the Hapsburg Empire and remained a part of Austro-Hungarian Empire until the First World War.

Slovenia was in the forefront of the reformation movement in the 16th century, and its initiator, Primož Trubar, Luther’s disciple, produced among other writings the first Slovenian New Testament and Cathecism. His work led to the publication of the complete bible in Slovenian, Dalmatin’s Bible in 1584. Slovenes were thus among the first 12 European nations to have the Bible translated into their language. In the 17th century the polyhistorian Valvasor wrote a unique work of historic research, The Glory of the Duchy Carniola, which describes all levels of society with their lifestyle and customs, its towns, and the natural phenomena of the land.

The 19th century saw the French occupation and with it certain national freedoms. Slovenian for the first time was permitted as the official language of public and education sector and a number of  leading personalities began to write and publish in Slovenian, for the needs of Slovenian people. The century produced the first and still the greatest Slovenian poet – France Prešeren, the first Slovenian grammar (the first in any Slavic language) by Jernej Kopitar,  literary and political publications, which increasingly defined the Slovenian people with their own identity and history. The era marked the beginning of nationalism for the countries of Europe, and Slovenia thrived and developed culturally and politically. At the same time Slovenian nation with its strategic location in the centre of Europe gradually came under great political and cultural pressures by its powerful neighbours.

That it survived all these pressures, which culminated in WW2 in cultural suppression, genocide and resettlement, is a great historical achievement. The area where Slovenian language is spoken, has been constant throughout two millenia. However, it has contracted considerably during the twentieth century. The national borders drawn after WW1 involved partition of large areas of Slovenian speaking territory to the neighbouring states, Italy and Austria.

In 1918 Slovenia joined the newly formed southern Slavic state – Kingdom of Slovenes, Croats and Serbs, later renamed Kingdom of Yugoslavia. In 1946, after WW2, Slovenia was incorporated  into the new communist state, Federal People’s Republic of Jugoslavia, as its north-western republic.
In1992 Slovenia made the fateful decision supported by a referendum of all citizens, to secede from Yugoslavia. It proclaimed its independence and fought a ten-day war with the Yugoslav army.

On 21 June 1992, as one of six constituent republics of federal Yugoslavia, Slovenia proclaimed its independence, and became The Republic of Slovenia with a democratic parliamentary system of government. On 1 May 2004, it was formally received into the European Union, as one of the newly-expanded union of twenty-five member countries. Slovenia is now a player with seven votes in the next European Parliament.