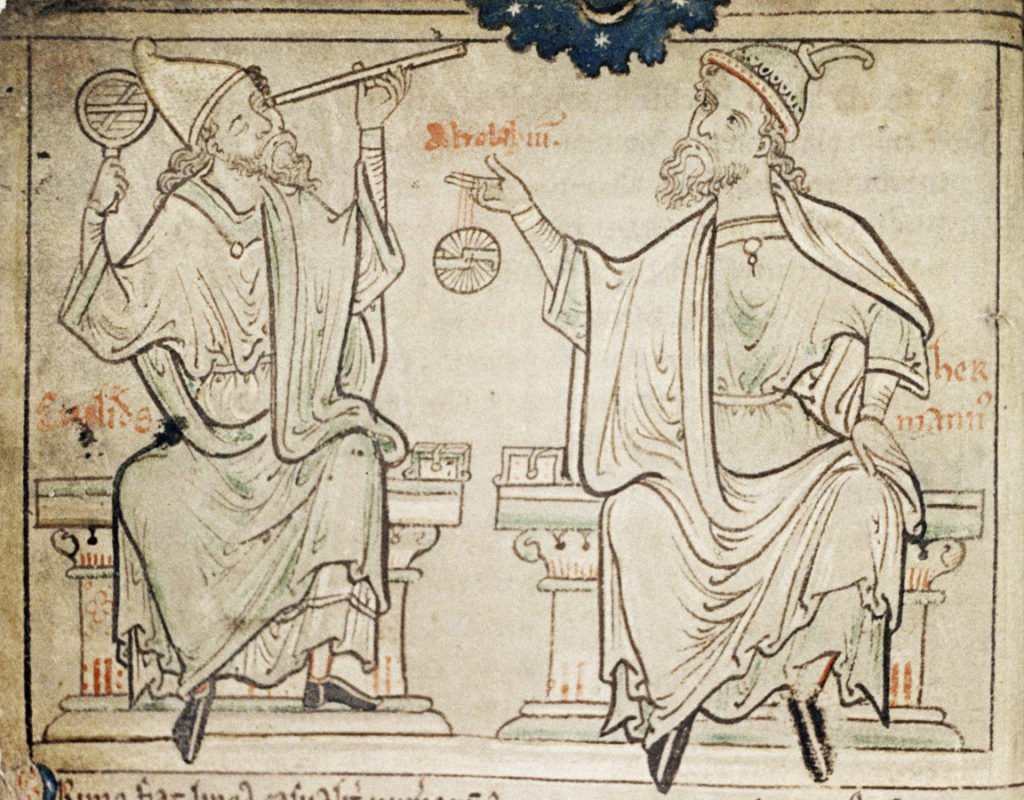 Herman of Carinthia was most probably born in Carinthia, the ancient Slovenian land, circa 1110. He is variously referred to as Herman of Carinthia, Herman Sclavus (Herman the Slav) and Herman Dalmaticus, his various appellations a clear indication of Slavic origins and country of birth. He rose to prominence in the 12th century Europe, was renowned as scholar, philosopher, astronomer, astrologer, mathematician, translator and author.

Herman died in 1154. He is honoured today both by scientists and historians, not only as the first intermediary between European and Arabic intellectuals, but as one of the greatest scientists of the Middle Ages. With his work De essentiis and the translation of Introductorium in astronomiam by Abu Ma’shar. Herman influenced the 12th century scholars Rudolf of Bruges, Domingo Gonzales and Daniel of Morley. These two works, together with Herman’s translation of Ptolomeus remained influential throughout the Middle Ages and in the following centuries.

Herman according to various sources began his education in a Benedictine monastery in Istria, continued in the Cathedral School at Chartres and then in Paris (1130 – 1134), where he studied natural science and philosophy.

In 1134 he embarked on a four-year journey of discovery with his English classmate and friend Robert of Ketton, which took him through France, the city state of Northern Italy, the Croatian Kingdom and finally to the Byzantine Empire, to Constantinople and Damascus. Here both mastered the Arabic language and then engaged in the study of Arabian science and philosophy.

In Spain, in 1142 Herman and Robert met Peter the Venerable (1094-1156), the Abbot of Cluny who encouraged them to translate the Kur’an, and Herman began his translation into Latin. He also translated two shorter treatises into Latin, Mahumet et nutritura eius and Doctrina Mahumet. The Kur’an translation was later completed by his friend Robert of Chester.

The joint work of Herman and Robert on the Kur’an and Herman’s texts on the Islam were of considerable importance in acquainting scholars in Christian Europe with the Islamic world. Herman was captivated by Arabian contribution in the fields of mathematics and astrology and also took a great interest in the science of other Eastern nations such as India.

About 1138 Herman returned to Europe, attended lectures of the famous Thierry de Chartres in Paris and was active in France and Spain.

The original of a translation was found in Constantinople by Ivan Stay. After this manuscript and the revised Latin translation by Peter the Venerable, Peter Bibliander (1504-1564) published his edition of the Kur’an in Basel. In this edition, both of Herman’s translations of mentioned treatises about Islam were announced together with Martin Luther’s Preface.

Herman wrote over 20 original books and translations, thus contributing greatly to natural philosophy and exact sciences in Europe. Many of his works however, remain anonymous.