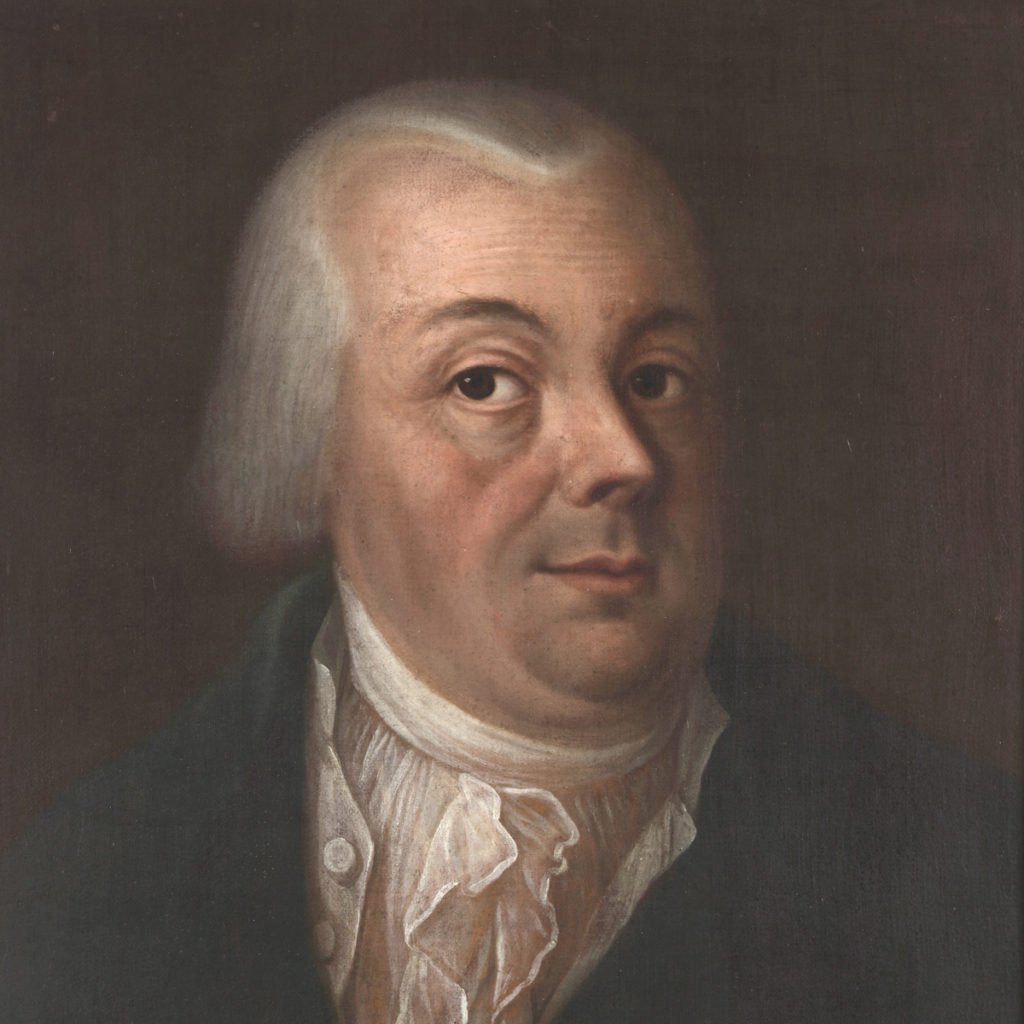 Sigmund Zois, Baron von Edelstein was born in Trieste (1747-1819), the son of wealthy merchant Michaelangelo Zois from Lombardy and the daughter of a prominent Slovenian merchant family, Kapus von Pickelstein of Kamna Gorica. In Slovenia, Žiga Zois, as he became known, was educated in Ljubljana, fluent in German and Slovenian. He was to become one of the wealthiest and most influential men in the Austrian Empire in the second half of the 18th and into the 19th century.

Born into considerable fortune, Žiga Zois proceeded to accumulate more wealth, power and influence. He extended the inherited iron works, trading with other European countries, with improvements in production, application and trading of iron.

Zois was a mineralogist and built up an extensive personal collection of 5,000 minerals, which became the basis for the establishment of the Provincial Museum of Carniola, today the Natural History Museum in Ljubljana. A previously unknown mineral found on the mountain Svinska Planina was named after him. His interest in mining led him to introduce new technology into ironworking and invention of a blasting device for furnaces. As a zoologist, he was among the first to breed, study and write about the olm, locally called “human fish” (proteus anguinus) found in Postojna Cave. His ornithological writings of Nomenclatura carniolica was significant for Zois presented the first systematic list of bird names in the Slovenian language.

As member of numerous scientific associations in Europe, including the Slovenian Philharmonic Society and above all his intensive interest in Slovenian language, Žiga Zois left a unique legacy to Slovenian people. This visionary and benevolent man used his influence and insight to become the powerful patron and chief nation builder at the birth of Slovenian national revival.

In the early 1780s, the Zois Mansion in Ljubljana became a fostering centre for intellectuals of the Slovenian Enlightenment, the wellspring of Slovenian self-awareness. All significant individuals during the period of Slovenian national awakening, were members of what became known and entered Slovenian history, as the Žiga Zois Circle. The group of Slovenian men who met at his house, debated and corresponded, played a pivotal role at the birth of Slovenian nation – the unfolding of Slovenian literary language, Slovenian poetry, Slovenian grammar, Slovenian dictionary, Slovenian history, Slovenian theatre, and Slovenian publishing. They were an impressive group of gifted scholars with a common goal. Žiga Zois was the enlightened patron, who offered encouragement, advice and financial support where needed. Žiga Zois also possessed a great library, which he continued to add to it, to suit the interests and needs of the members of his circle. He collected newly published scientific literature of Europe. Of interest were the publications in other Slavic languages, particularly Russian, to further in the endeavours of Slovenian linguists and grammarians.

Valentin Vodnik (1758-1819) was the most prominent personality of the Zois Circle. By profession educator, school principal and teacher of languages, he became the first Slovenian poet and the first publicist. He published Ljubljanske Novice (Ljubljana News), the first newspaper in Slovenian language (1797 to 1800). His poems Zadovoljni Kranjec (The Happy Carniolan), Ilirija oživljena (Illyria Awakened) and Dramilo (The Wake-up Call) have entered Slovenian literary history as the first Slovenian poems. The Illyria poem praises the state of Illyria that was created by Napoleon during the French occupation. Napoleon had declared Slovenian the official language of administration and education in Carniola. Later the poem caused Vodnik difficulties with the returned Austrian government. Valentin Vodnik published Velika pratika (1795-1797), the first Slovenian Almanac in three volumes. It was intended to inform and educate the country people. His other great interest was the creation of a Slovenian language dictionary. Vodnik did the initial preparatory work, which was later completed by Jurij Japelj. Zois also wrote literary reviews in his correspondence with Valentin Vodnik, and consequently represent the first examples of Slovenian literary criticism.

Valentin Vodnik, Jernej Kopitar and Jurij Japelj were the most prominent members of what became known as the “Zois Circle”. Jurij Japelj was translator and philologist. A jesuit priest, he was a scholar and an intellectual. His translation of the Bible, based on the 16th-century translation of the Protestant author Jurij Dalmatin, set the foundation for the development of modern standard Slovenian language. Another member of the circle was Anton Tomaž Linhart. Joining the Zois Circle, he soon developed an interest in Slovenian language and culture. He produced the first two plays in Slovenian language and produced the first comprehensive history of Slovenes, Versuch einer Geschichte von Krain und den ubrigen Landern der sudlichen Slaven Osterreichs (1788, 1791). Zois supported the two Linart comedy plays Shupanova Mizka and Matizek se sheni (1991).

By 1797 the Zois library included about 240 Slovenian, Slavic and Slavist books. A number of Zois Protestant works, among Trubar’s Ta celi psalter Dauidou (1566) and Hishna postilla (1595). A large number of linguist Marko Pohlin’s work were acquired, among them; Tu mali besedishe treh jesikov (1781), the first Slovenian arithmetic book, Bukuvze sa rajtengo (1781), and the etymological manual Glossarium slavicum (1792). Most of the collection books had been obtained by Zois during the period between 1770ies to 1790ies.

The Zois Library endures as a unique cultural monument of the Enlightenment in Slovenia. In the words of Jernej Kopitar in a letter to Czech philologist and historian Joseph Dobrovsky in 1808; “Baron Z. is the centre of culture in Krain”. (Orig. Ger. Baron Z. ist das Zentrum der Kultur in Krain.)