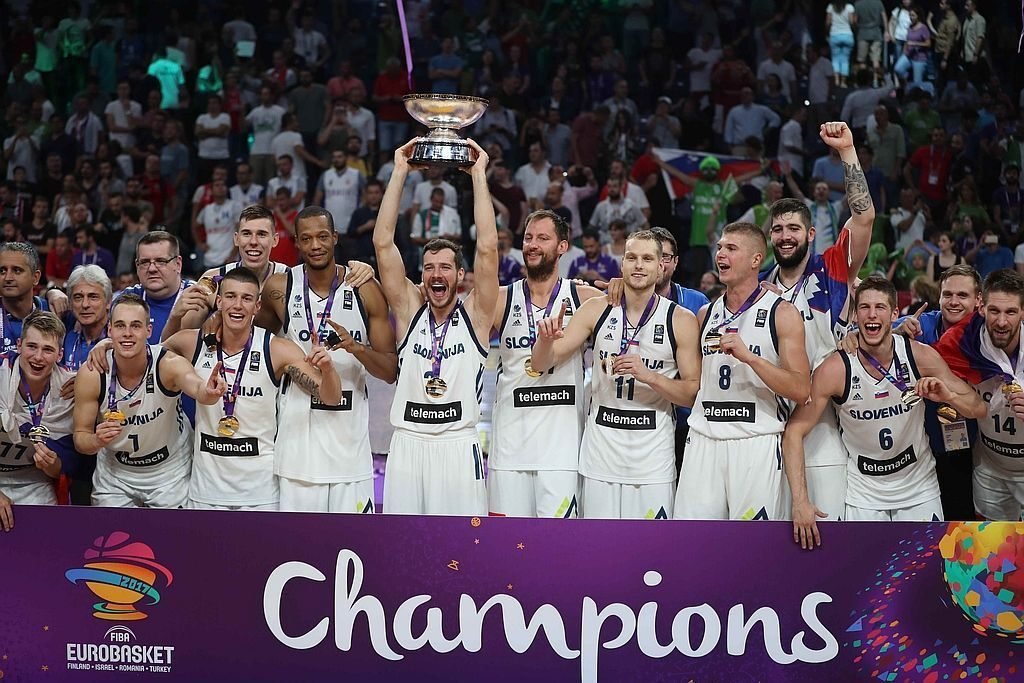 A sporting nationNearly a third of adult Slovenes take part in an active leisure pursuit weekly. Popular sporting activities are; skiing, hiking, walking, horseriding, cycling, canoeing, kayaking, and paragliding. The alternative, so called adrenaline sports are becoming more popular, mountainbiking, rafting, boarding and freeclimbing. There are about 400,000 registered members of around 3,000 sports societies and clubs, which are affiliated to 69 national leagues. The Ministry of Education and Sport financially supports sports activities in all areas. In addition, it is also responsible for school sports programmes and for educating professional sports personnel to work in sports organisations and in education.
Slovenes excel in skiing, athletics, skijumping, gymnastics, rowing and whitewater canoeing, and are successful internationally. In team sports, Slovene clubs and teams have performed well at international competitions in; basketball, volleyball, handball and, European Cup football.The first Olympic medal won by a Slovene, was a silver by Rudolf Cvetko at Stockholm in 1912 as part of the Austrian sabre team. Leon Štukelj won six olympic medals in gymnastics. They have won over 50 Olympic medals, and more than 360 world championship medals. At the Olympic Games in Atlanta, two silver medals were won, thus gaining fifth place according to the number of medals won in relation to population size. At the Athens Olympic Games in 2004, Slovenians achieved four medals in rowing, athletics, judo, and sailing. Davo Karničar was the first man ever to ski from Mt. Everest in 2000.
Slovenia is a venue for world championships in a range of sports. The Vitranc Cup in Kranjska gora and the Zlata lisica Cup on the Pohorje are included in the World Cup skiing programme. The annual final competition of the skijumping World Cup takes place at Planica, on the largest natural skijump in the world. There are the annual International Gymnastics Tournament in Ljubljana, the Šiki Memorial in athletics and other competitions.

1. Compile a list
Text-type: list
Linguistic element: noun
Write a list of the type of information provided on the web site about the club activities
http://www.oktivoli-klub.si/klub.htm
http://www.orientacijska-zveza.si/index_eng.html

4. Send an email
Text-type: letter
Linguistic element: formulaic expressions
Select a sports club/clubs you would like to join and about attending a meeting.
http://www.matkurja.com/en/directory/sports_and_entertainment/

Answer the following questions in English.
1. Why is Leon Štukelj legendary in sport?
2. Between which years did he achieve honours?
3. What medals did he win at the Olympic games?
4. In which year did he conclude his sporting career?
5. What was his profession?
6. In which Olympics was he most successful?
7. Where did Štukelj and his family live in Slovenia?