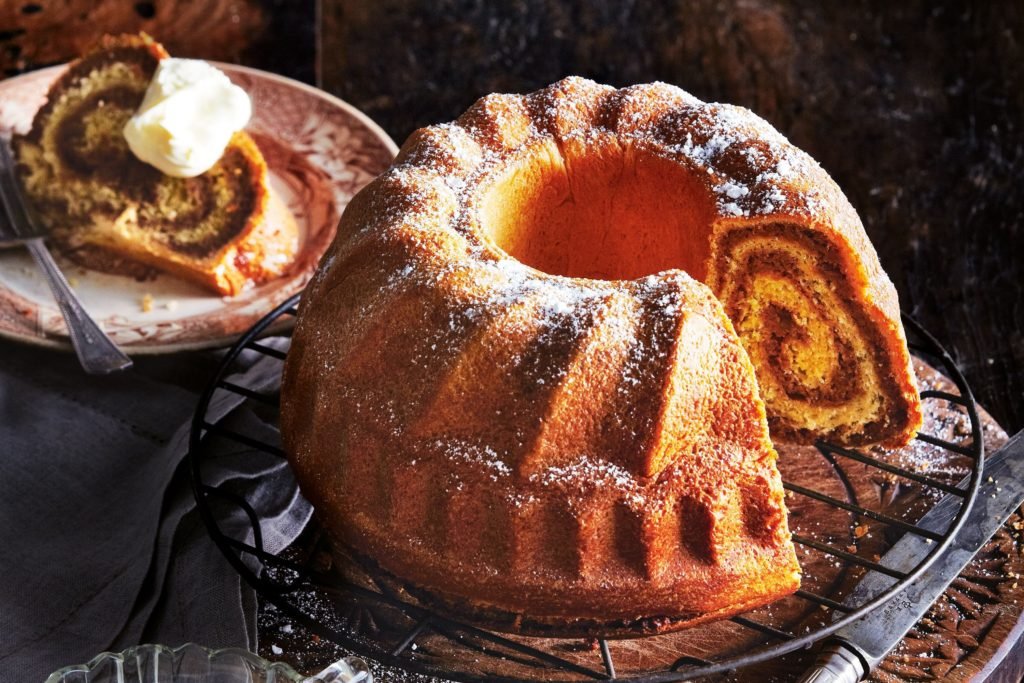 Slovenian cuisine is regional and varied. The urban cuisine is most akin to the Austrian – therefore central European – and traditionally part of the Viennese style of food preparation. A festive or regular Sunday dinner is no different in a Slovenian than it is in an Austrian household. Wiener schnitzel is just as much at home in Ljubljana as it is in Vienna, so is apfelstrudel and kremschnitte (vanilla slice).

However, the south of Slovenia, bordering on the Adriatic Sea and Italy exhibits dishes which are shared by the mixed Italian and Slovenian populations from Triest to Venice hinterlands, with varieties of risotto, pasta and polenta as the common fare, beside some local varieties such as buckwheat polenta in the Karst region.
In all parts of Slovenian territories (Slovenes also live in Austria and Italy) there are distinct regional dishes and specialties which are interesting, delicious, often healthy and some of them nowadays too rich to eat more than once in a blue moon.

Among the many such dishes and cakes, the Slovenian Potica (from the verb poviti – to roll up) is quite unique in that it is shared in its basic form and ingredients by all Slovenes, an essential part of all major festivities. It remains a symbol of their national identity and home country wherever they settle, so that any festive gathering of Slovenes is given its special Slovenian stamp and identity. Slovenes dream of Christmas (white) and potica, even when they have forgotten everything else.

Traditionally potica is prepared for Christmas and Easter, as well as special festivities such as weddings. Large country households would prepare as many as twenty poticas, but even small urban families would have at least two, since it is offered to all visitors.
Potica also plays a central ceremonial role in the celebration of Easter. Women take the potica, ham, bread and Easter eggs to church on Easter Saturday to be blessed. These are then displayed and served to the family with due solemnity for Easter breakfast.

With modern methods of preparation and modern technology the traditionally hefty process of making the potica has become shorter, and less physically demanding. My memories of the dough beating left the impression of tremendously hard physical exertion. In the cities, most husbands took over this task. In the country it was women’s job, but the girls were usually hardy enough to undertake it. However they do tell stories of dripping with sweat but by the time the beating was completed,. Today the electric mixer, has made this part of preparation a breeze.

The preparations were a major ceremony for the women of the household. Since they were a precursor of the festivities, they represented a landmark during the week preceding Christmas or Easter and took a full day. The evening before the bake, the kitchen was heated and the fire maintained. Walnuts were weighed, shelled and ground. Flour, yeast , sugar, spices and butter measured, eggs counted, everything laid out in the warm kitchen, since the rising of the dough depends on the ingredients ‘not catching cold’. In country households the baking would start as early as 3 am, to complete the delicate parts of the potica making before the business of the day.

First of all the yeast dough was prepared. It was made with plain flour, yeast, milk, egg yolks sugar and a little salt. When all the ingredients were mixed, the physically most demanding part of the potica making took place: the beating of the dough with a a large, heavy wooden spoon. The dough was beaten in a large bowl or trough, flour added if necessary, until it was smooth, did not stick to the sides of the bowl or the spoon. Then the bowl was put in a warm place to rise. This process took about an hour, if everything has gone well. For instance, if the dough was not kept warm and ‘caught cold’, it would not rise – a disaster for that year’s potica production.

While the dough was rising, the filling was made ready. Traditionally it was mainly a walnut filling (butter, egg yolks, sugar, mixed spices, lemon rind and ground walnuts) or raisins could be a sprinkled on the filling before rolling the dough. Nowadays, chocolate is often added, and there are other delicious alternatives, such as hazelnuts, raisins, almonds, chocolate, poppyseed, tarragon and crackling (too heavy for most people today). The dough and the fillings can be made as rich with butter, eggs, sugar and nuts as the maker likes and can afford.

Potica is a very individual product, with each household and each mistress displaying it with pride. The test is in perfect baking, the pattern made by the filling when it is cut into slices and of course the taste, which is out of this world when everything is just right.