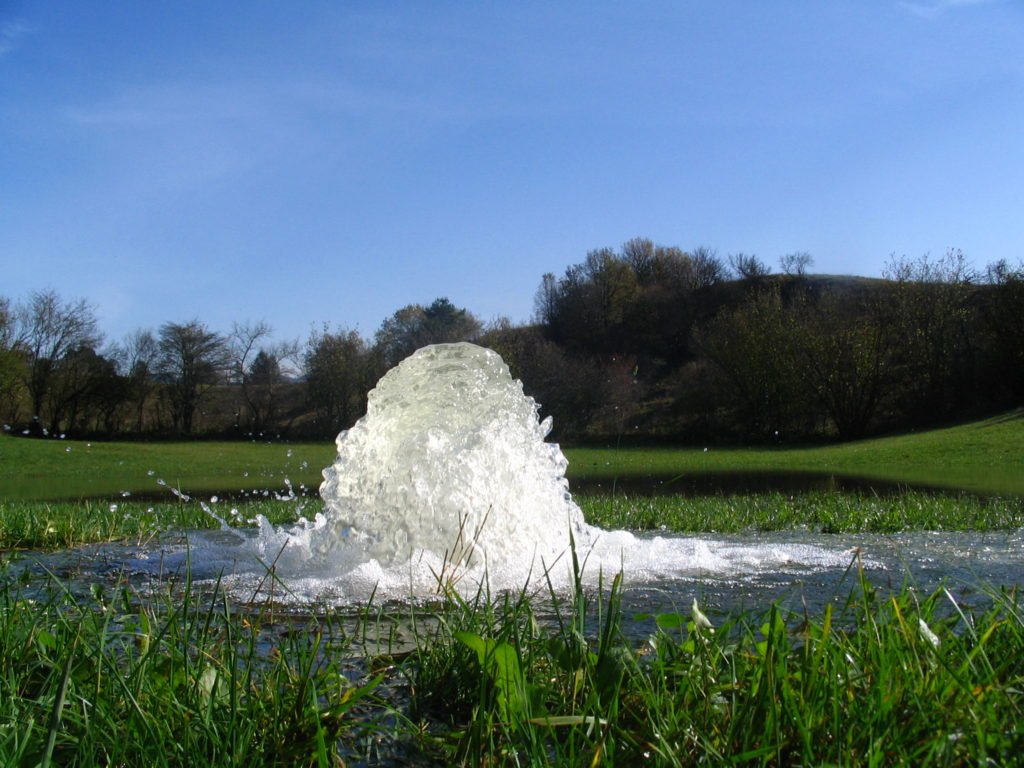 The land of hidden landscapes

The kras – karst in English- and its features were already well known to the Greeks and Romans of antiquity, but its potential as a natural wonder to be investigated and enjoyed was only truly understood in the last few centuries when studies of the phenomena gave birth to a new science, karstology, and the adjacent discipline of speleology, the scientific study of caves.

Both above and below ground, kras is the home of changing landscapes, and is a source of constant surprise to the adventurous traveller. The fluidly shifting relationship between surface and underground adds to the magic of an area which has been forever defined both by its changeableness and what may be called its hidden landscapes – underground rivers, appearing and disappearing lakes, sinkholes and stalactite adorned caves – all creating the sense of Nature as a mysterious and living presence.

Nine thousand square kilometres or forty-four percent of Slovenia’s territory is karst area, which means it is composed mainly of limestone; a characteristic of the renowned southern region called kras in Slovenian. Of paleo-european origin, the term derives from the word karra meaning stone, and refers to the rocky waterless surface under which formations have occurred through the chemical action of water on soluble stone.

Pivka Valley, named after the river, which flows through it, extends from the village of Zagorje, where the river begins, and Postojna, where it disappears into the underground at the cave’s entrance. Located 550 metres above sea level and dominated by the kras tableland, the Valley is also memorable for its beautiful and imposing mountains: Nanos, whose shape is reminiscent of a sphinx, Hrušica; Snežnik (the Snow Mountain) – at 1,796 metres the highest peak in southern Slovenia, Slavinski ravnik(plateau) and the Tabor ridge, which in the fifteenth century provided a natural fortification against the Turkish invaders.

The Pivka Valley is conspicuously different from other kras regions, and these differences – due to the alternation of permeable and yielding limestone with impervious mineralized rocks and their related hydrology (the science of the movement of water above and below ground) – have been formally recognized with the nominal division of the valley into the Upper and Lower Pivka respectively.

Lower Pivka falls in the area between the towns of Prestranek and Postojna, and is dominated by the flysch formations, which allow the river to achieve eleven kilometres of steady flow. However the first fifteen kilometres of the river’s course originate in Upper Pivka which is the more remarkable due to the predominance of limestone phenomena. The purer the limestone, and the more cracked, the greater the liquefaction. Water flows through the cracks and melts the stone, not allowing the water to remain resting on it but as it were swallowing it into itself. The river thus appears ‘normal’ during the rainy season but the riverbed is emptied in the dry, becoming part of the meadow, taking on the character of a pathway. In this way the Upper Pivka – stretching from Prestranek down to Zagorje and Bač – transforms itself continuously into a world of appearing and disappearing rivers and lakes, sinkholes, karst meadows and chasms, the brezna which open at the foot of precipitous walls to show the way to the subterranean riverbeds.

In the seasons of heavy rainfall, usually springtime and autumn, the underground tunnels and syphons are unable to rapidly decant too large a volume of water, and water spills out onto the surface, flooding the polje and depresije (fields and hollows). Throughout history people have adapted to the flooding by constructing their settlements on the edges of the Karst meadows, but although the floods generally do not cause great problems, an exception occurred in the autumn of 2000 when rising waters covered the highway in Bač, paralyzing road traffic. More than the usual number of lakes appeared that year, a fact which generated great interest. In the kras kotanje and globeli ( the basins and dells), there were seventeen, the largest being the Palsko Jezero, the longest lasting Petelinsko Jezero.

Associated with the periodic lakes are the springs which in times of heavy rainfall spew water out of their subterranean depths. Their ‘opposites’ are the vrtače, funnel-shaped sinkholes which have formed on the surface of the ground and which ‘swallow’ the waters at the cessation of the rainy season. In between these are the ‘sponge-like’ estavele which fulfil a double function – allowing water to flow through them during rainfalls, but absorbing it in the dry weather that follows.

The pools and ponds formed from the smaller water basins (and which are common to both the Upper and Lower Pivka regions) are known as kali and lokve, hydro-geological formations that have grown out of the natural sinkholes, the rock being sufficiently impermeable to continually hold water. Many kali were manually reinforced with clay and stones to create wells which would provide drinking-water for livestock. While most no longer serve their original purpose several have retained their form and preserved their regional and functional value, like the one near the village of Juršče. In places the vrtače have been adapted and transformed by man. As they provided a natural shelter for plants and humus, they were turned into tilled fields by farmers who built stone walls to both contain them and prevent them being eroded from the burja, the cold wind which blows on the borders of the kras region, specially in the cooler seasons.

Centrepiece of  Slovenian karstic landscape is the world-famous Postojnska Jama, a twenty kilometre long system of caverns and halls, and the unique creation of the Pivka River. This powerful stream, Pivčica (whose source is found at the village of Zagorje) enters a tunnel at the Cave’s entrance and continues its subterranean journey to re-emerge as the River Unica. It then meanders over the sunken field of porous limestone which is Planinsko Polje – a lake in the rainy season-, and goes underground once more to re-appear near Vrhnika as the Ljubljanica River, an icon of Slovenia’s capital Ljubljana. The underground of the Valley is so interwoven with shafts, passages and tunnels that part of the water flows toward the Adriatic, part to the Black Sea.

In addition to the Postojna Cave – where the action of the water and calcite has sculpted a series of beautiful stalactites and stalagmites into a variety of fantastic shapes – there are other smaller but equally impressive caves in the area, like Parska Jama, (named after the nearby village of Parje), a cave site that has archeological as well as geological significance. For thousands of years, from paleolithic times onwards, people and animals have found shelter in the shadow of its walls, evidence of this shown by the discovery of weapons, hearths, animal bones and skeletons, including the remains of a cave bear. An extension of this underground complex is the Parska Golobina (Parska dovecoat), so named after the doves that habitually nested there.

Slovenia’s Kras is the cradle of the world’s study of karst phenomena, and although they have attracted considerable international attention for many years there still remains a great deal to discover. For example, during the construction of the expressway from Ljubljana to the Adriatic, an average of seven caves were encountered in every kilometre of building works, and from this it is estimated that about half of Slovenia’s caves have yet to be revealed.