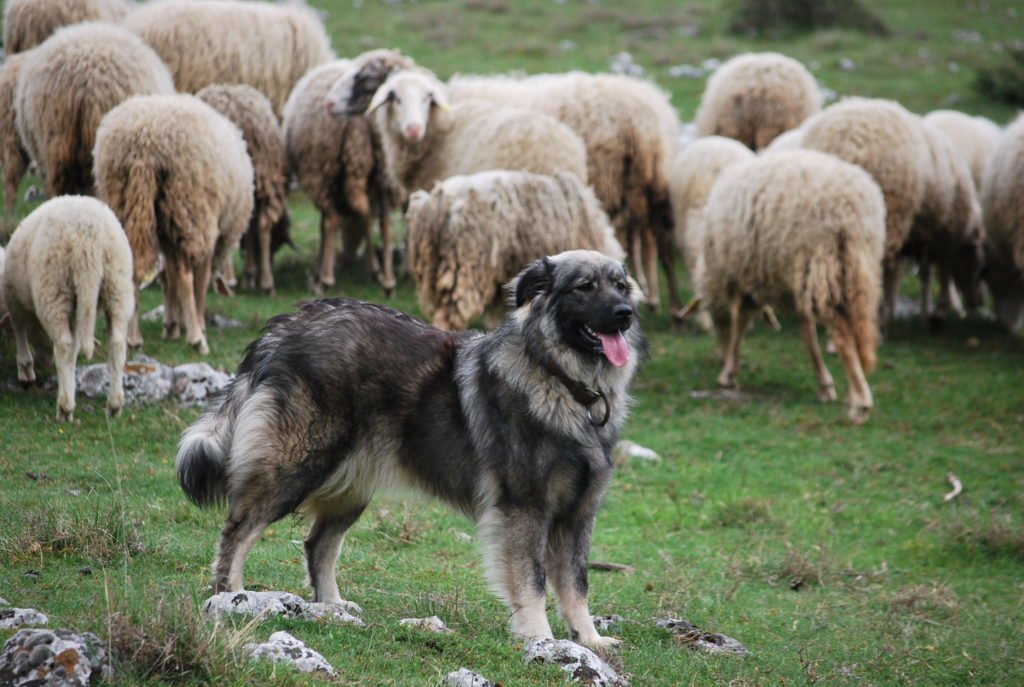 The roots of this rare sheepdog of Slovenia reach far back into the ancient Roman times.

This original Slovenian breed was near extinction, but has been rescued and prospers today as one of the popular breeds in Slovenia. Only a few representatives of this rare breed could be found in the Slovenian Karst region after World War I. This was due to the fact that the Isonzo / Soča front, where some of the fiercest battles raged, led to the decline of sheep breeding.

Kraški ovčar was saved, however, due to the efforts of artillery officer Teodor Drenik, a Slovenian from Cerknica, a small town near the famous Postojna Caves. In the period between the World Wars I and II he lived in Slovenska Bistrica near Maribor in Slovenia.

He was an enthusiastic dog breeder. Upon his recommendation the breed was registered in 1939 with the International Cynological Association registered as indigenous dog under the name of Illyrian Shepherd.

This registration was reversed in 1955 as the Yugoslav Kennel Association removed the Slovenian Karst Shepherd from the international list of indigenous breeds, leaving only the Serbian Šar planina shepherd, a dog quite similar in appearance but different in character.

In 1968 the Karst sheepdog was again registered, this time as the Karst Shepherd – Kraški ovčar. The renowned Viennese scientist Karl Krammerer was interested in this Slovenian dog, and praised him for his qualities.

In 1903, Krammerer described him as a fine dog “that does not bark like other sheepdogs with a final U and does not groan”. He further says that “the dog has a beautiful temperament, serious, kind-hearted and obedient. While loyal to his master, he mistrusts strangers, is courageous and does not fear sticks or guns. He is a good fighter who will stand up for himself if a dog attacks or stranger tries to hit him. He will accept beating by his master without protest, but will never forget or forgive bad and unjust treatment. He is loyal for life to the person who wins his trust. He is intelligent, listens attentively and understands what he is told to do; in short – he is a perfect sheepdog, afraid of nothing.”

Kraški ovčar is mentioned and praised for his qualities as early as 17th century by J.V. Valvasor in his definitive work on Slovenian lands and people, the Glory of the Duchy of Carniola (1687).

The origin of this indigenous breed can be traced back to the ancient Roman times. Professor Strebel reports three breeds of sheepdogs, among them the so-called Pompeian shepherd, from whom the Swiss shepherd, the Karst shepherd and the German Rotweiler have descended.