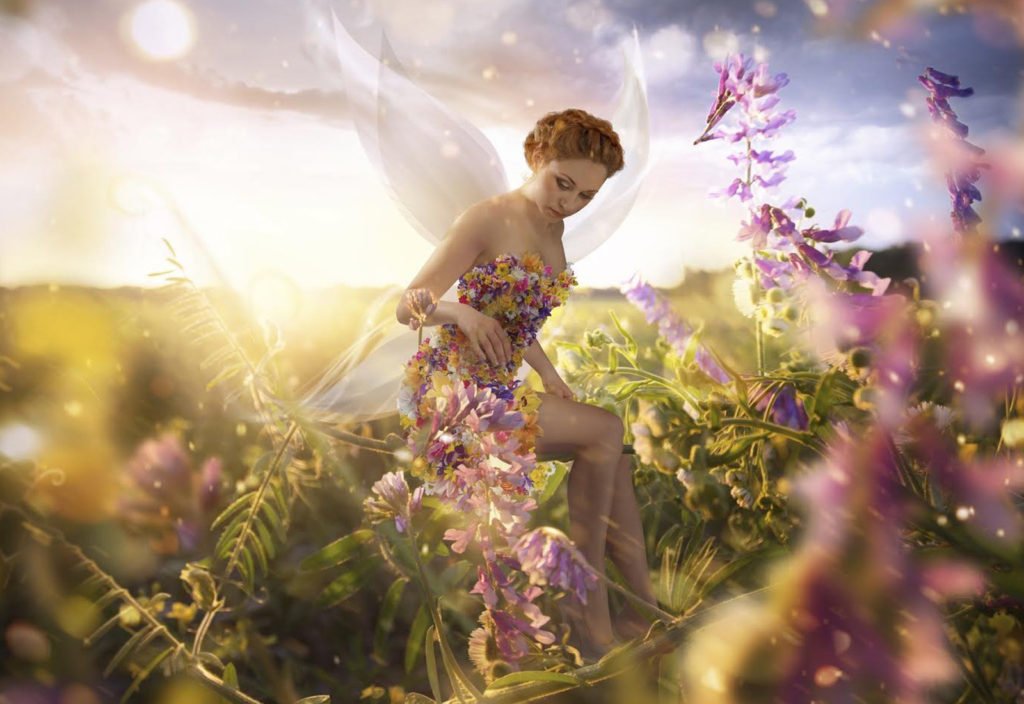 VileVile are mythological beings in south Slavic folklore, incarnation of beauty and power, benevolent friends of sufferers, the dwellers of forests and rivers. Shared by most Slavic cultures, in Slovenian tradition they appear in a variety of roles: as Vile (beautiful maidens with magic powers) or Žal žene (Sorrow women), Bele žene (White women), Sojenice (Fates), Rojenice (Birth women).
They love the world of humans and bring great fortune to the human who meets them by chance. Their gift is always offered on a condition and a promise. Once that is broken, they leave and are never seen again.

Little Shepherd Boy and Vile
Once upon a time a boy in Istra was herding a few cows, some goats and sheep near the sea. It was after noon and hot sun baked the earth. Suddenly the boy sees three maidens, who were sleeping in the soft grass. They were fairies/vile (pron.veele). They were incredibly beautiful. They looked very much alike, almost the same. They lay peacefully and at least appeared to be sweetly asleep. It did not occur to the boy, that they might be Vile. He took them to be young girls, who got tired walking in the sun, lay down and fell asleep.

“A pity about their beautiful faces! I must help them!” He went to the linden tree near-by, broke off some leafy branches, and planted them around the girls, so that the sun could no longer burn them with its rays.

It wasn’t long, when Vile awoke and got up, and began to wonder and ask each other, who would be so caring, to wish to protect them from the sun. Well they knew all that had happened, since Vile never sleep, only pretend to be asleep. They were asking each other like this,  in order to discover if the boy would speak out.

The little shepherd did not speak, instead he tried to run away, since he could not look at the fairies, their hair was so shiny, glittering like pure gold.
In an instant they reached him, he could not escape. Then they asked him, what he would like as a gift, for protecting them from the sun. He was too shy to ask for anything. They offered him a magic purse, which would be always full of gold coins. The little shepherd did not want the gift, since he did not understand the use of money. He did not want to play with it or look at it; money was something dead, instead he had his live cattle and sheep, which he valued above all.

When fairies saw this, they said to him:
“When you take your herd  home this evening, you will hear ringing, but don t look back, till you reach your home”. They said it and vanished. Only then did the boy realize that these were not ordinary girls, but likely to be Vile.

Sun slowly began to sink lower and lower towards the sea and the shepherd boy started his little herd towards home. The further he came towards his home, the louder was the ringing and tingling behind him, but he had forgotten what Vile told him to do. He was already half way home, when he turned around to see who was driving their herd behind him. He saw a great number of cows, sheep and goats, walking out of the sea and following his herd. Nobody in Istra had ever seen such beautiful animals.

The instant he looked back, the animals stopped coming out of the sea. Only the animals already on dry land accompanied him home. If the little shepherd had not turned around, he would have had an enormous herd. As it was, he did have enough; he could even help the poor with the gifts of livestock, received from the grateful fairies.

Vila, the farmer’s wife
On Veprinščina lives a family by the name of Polhar, who say they are descendants of a Vila.

On a warm day a strapping, handsome young man was walking from Veprinc to Učka gora and found on the meadow beside the path a pretty girl dressed in white, sleeping in the sun. The young man was struck by the beauty of her face. Afraid that the sun would burn her, he cut a great branch and quietly planted it in the earth to shade her.

After a while, she woke up, saw the branch and the young man standing nearby, and asked him:
“Did you, young man, make this shade?”
He answered: “I did. I was worried that you would be burnt by the sun.”
She went on: “What do you wish for your good deed?”
The young man answered cheerfully: “To be allowed always to look at your beautiful face and have you for my wife.”
“Well”, she said, “ I will be happy to marry you, but be warned. I am Vila and you must not ever speak my name; if you say Vila, I must leave you.”

He promised faithfully not to do it, and took her home with him. He told the parents  everything, what and how it happened, only he did not tell them, that his bride was Vila.

The parents liked the maiden and agreed to the marriage. So they married. They lived happily and cheerfully for a number of years, the house prospered in all and everything. Vila gave birth to a little daughter, who was beautiful like an angel.

One year, early on a summer morning the young husband heard thunder. He got up, went to the window, saw that bad weather was approaching, and said to his wife: “ Wife, damage and misfortune, we have not cut the wheat; Hail will destroy it all!”

So Vila said to him: “Don’t be afraid, it won’t destroy our wheat.” So saying, she got up, went to stand outside the door, and when she came back in, it started to hail frightfully. The husband sighed: “I told you, all the wheat will be gone.” She smiled and said: “Go into the barn, and you will see, that it’s not all gone”.

When it stopped hailing the husband went into the barn and saw in front of him all the wheat stacked into orderly sheaves. When he returned, he exclaimed in amazement: “Oh, Vila is Vila!

In that moment Vila vanished – the husband remained alone, sad and sorrowful with his little daughter, without his wife. Yet Vila did not completely abandon him. She kept coming back, but she was only visible to her daughter. She taught her daughter about all that she needed to know, like the most caring mother, till she reached the marrying age. Then Vila’s daughter married and became the mother of the present day Polhar family.

Vilenica Cave
One day, a long, long time ago, a little girl was herding livestock.
She liked to sit in the shade, and many a time she nodded off; no wonder, since she spent waking nights by her baby brother. Sometimes the animals escaped from the pasture. One day she fell asleep again. When she woke up, the animals were nowhere to be seen. She searched and searched for them in vain.

Suddenly she found herself at the entrance of a cave. It was a large entrance, so big that a  n adult could step through without stooping. The little girl was drawn to it. She saw a light far, far away in the distance, and heard wondrous music, as if someone was playing a violin. She simply had to go in.

Soon she saw before her maidens, dressed in lace, dancing in a circle. The little girl stopped dead. The loveliest of the maidens approached her, saying:

“Wish for three things, and all three wishes will be granted.”
The little girl thought and thought, and finally said:
“Just tell me who you are, where are you from?”

The maidens told her that they were three Fate sisters who foretold lives for the newborn.
The girl was to spread the word that the name of the cave was Vilenica. 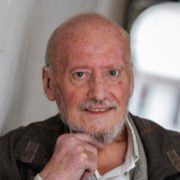