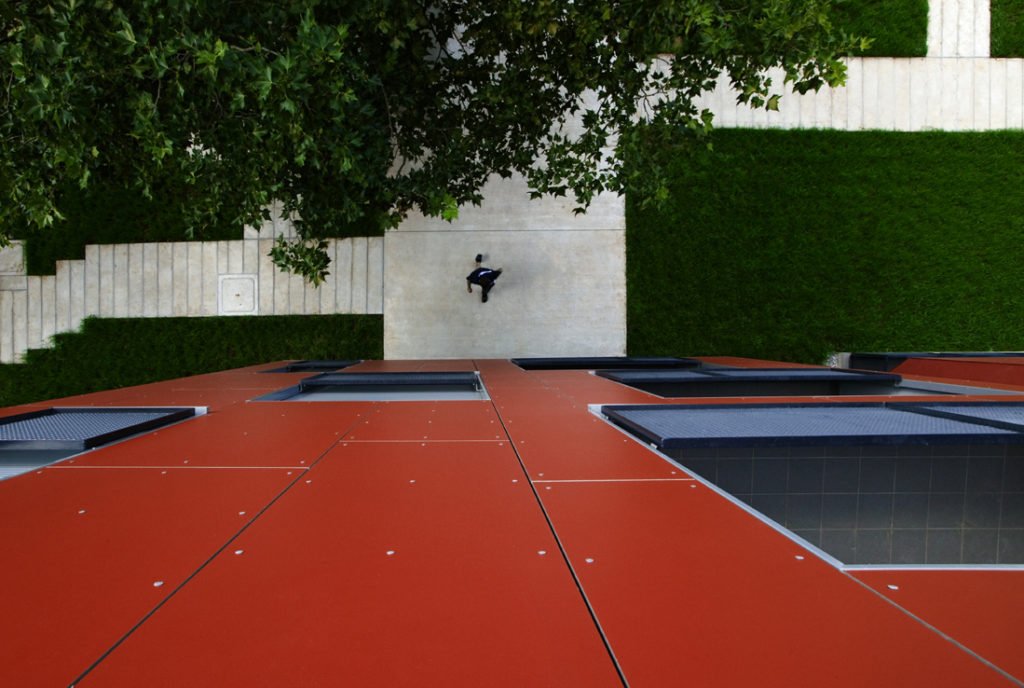 What might be characteristic for the work of Aljoša Dekleva and Tina Gregorič aka Dekleva Gregorič Architects is their eagerness to probe the boundaries of each of their projects, to explore the various possibilities, to question and challenge the obvious. Each project becomes a field of research in spatial, social and material relations – a place to experiment. This strategy keeps their production fresh and innovative.

After graduating at Ljubljana Faculty of Architecture they moved to London to complete their postgraduate studies at the London Architectural Association in 2001. Their master thesis ‘Negotiate by Boundary!’ was a collective research project on individuality, participation and mass-customization in housing. Developed with a group of five international colleagues at AA joined under the name of RAMTV brought them their first international professional recognition.

Marked with the international experience they soon established their own office in Ljubljana in 2003, while Tina Gregorič was still a lecturer in architecture at the IGuW, Technische Universitaet Graz in Austria. In 2003 they became a part of another loose collective of six young architectural practices from Slovenia, branded as ‘Six Pack’. What the group of collectives had in common was the fact that they all completed their postgraduate studies abroad, they all worked in tandems and they all had a very strong desire to become a part of the international architectural scene. A traveling ‘Six-Pack’ exhibition and promotional booklet become a powerful self-promoting tool of putting the young Slovene architecture on the world map. It is then not surprising that their first built work of the excellent XXS House in Ljubljana won international recognition even before it was constructed.   From here on their architectural career was in fast forward motion, winning on the way several first prizes at architectural competitions in Slovenia, important international and national awards and media attention worldwide. In 2004 they co-founded another collaboratorium of architects, landscape architects and urban planners called Trajekt.org that became and independent web platform for architectural discussion.

Another characteristic trait is their constant motion between the individual and the collective, to be a on your own and a part of a group where their own individual boundaries are negotiated time and time again. The creative processes in their office are shared, discussed, negotiated whether it is a design for a door handle or a large scale urban development. Through the constant shifting of the boundaries they make the growth possible.

What might be characteristic for the work of Aljoš¡a Dekleva (1972) and Tina Gregorič (1974) aka Dekleva Gregorič architects is their eagerness to probe the boundaries of each of their project, to explore the various possibilities, to question and challenge the obvious. 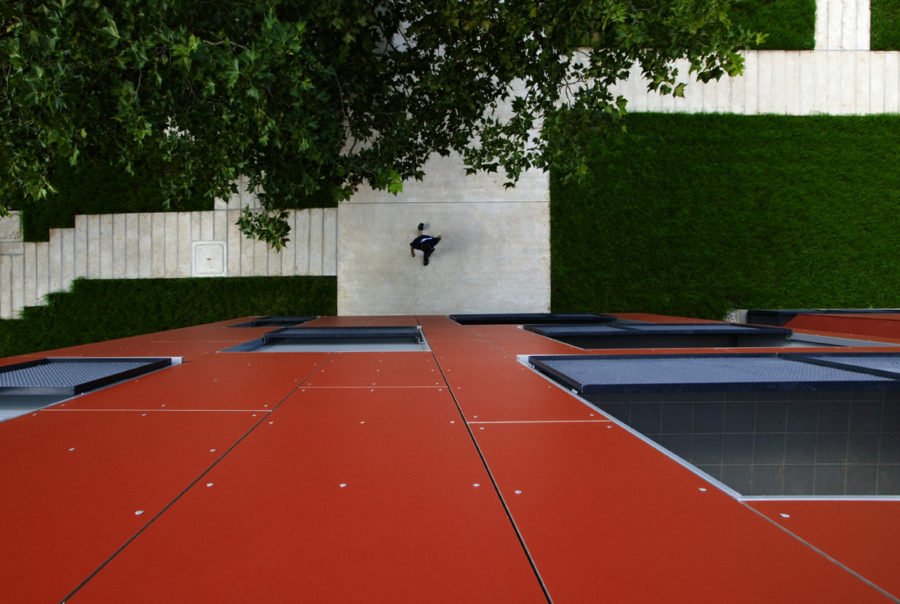 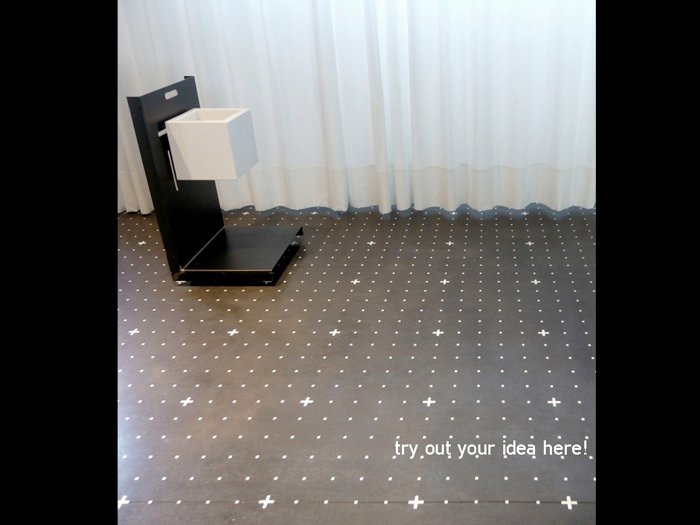 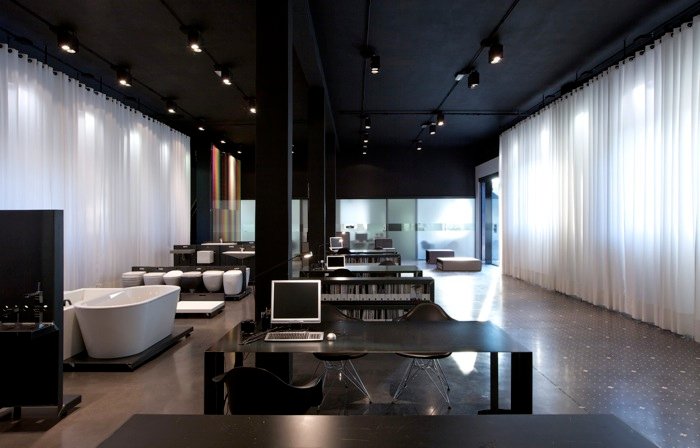 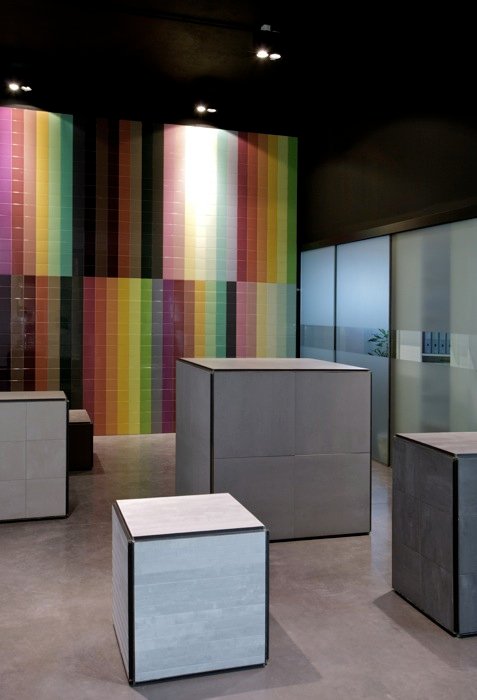 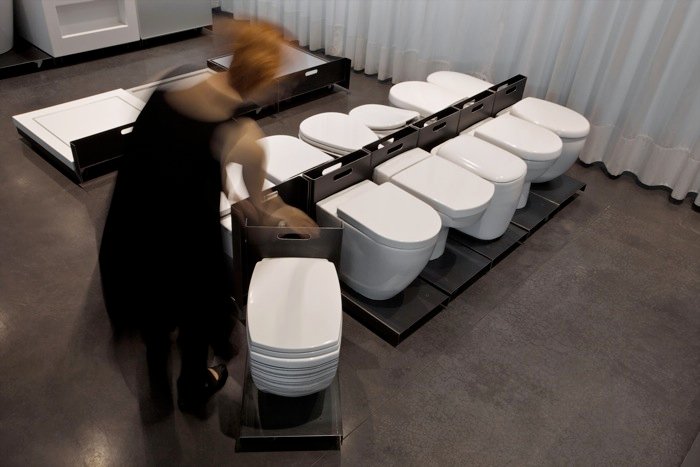 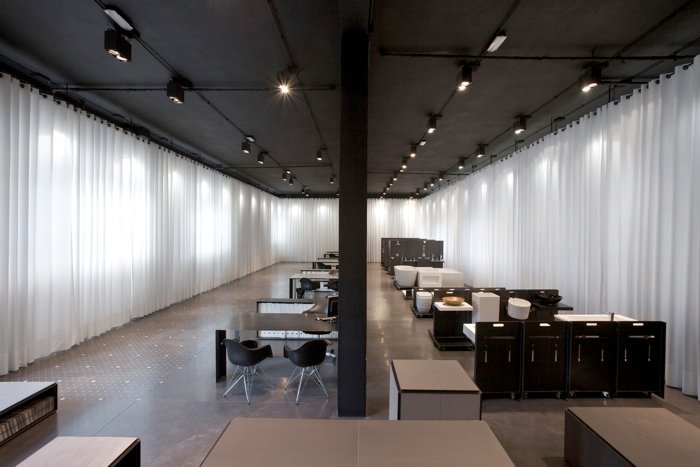 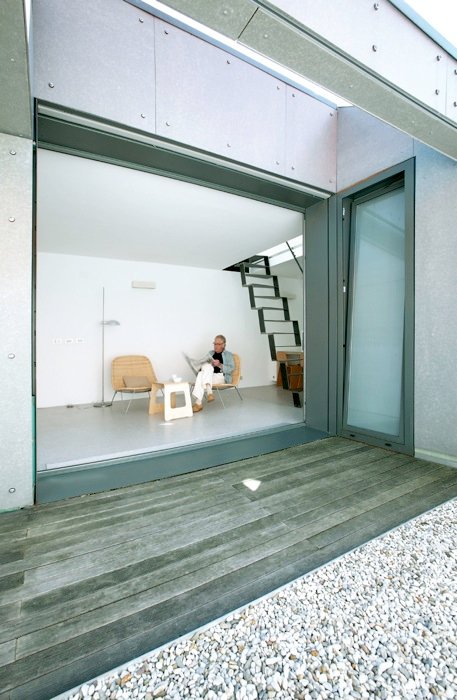 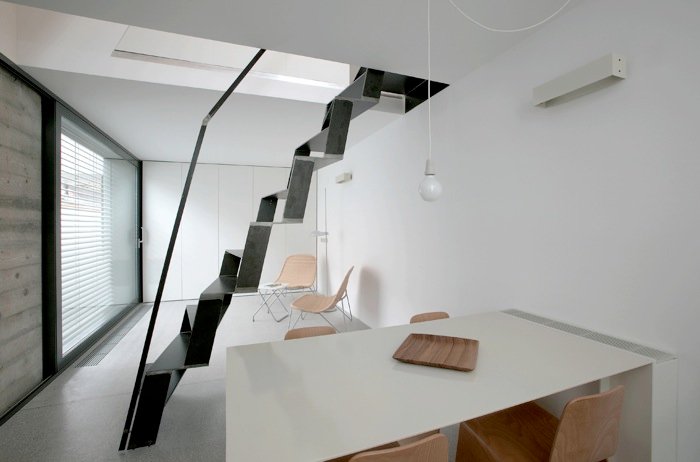 Dekleva Gregorič’s first constructed project was a tiny house in Ljubljana district of Krakovo that immediately gained international recognition. In 2005 the XXS House received a Silver Plate international award from European Architecture Award Luigi Cosenza for 2004, and the WALLPAPER magazine award for best breakthrough designers. It was published in many international architectural and lifestyle magazines.

The XXS House was constructed on the site of a pre-existing service structure in a very distinct area of Ljubljana. Krakovo is characterized by a village like pattern of narrow and long land divisions with equally condensed long and narrow historically built rural houses. In history it was occupied by farmers who provided fresh vegetables for the city. As the city grew Krakovo became a kind of a village island, enclosed within the city’s fabric, conveniently placed at the city centre. According to strict historic preservation guidelines, the house was to occupy the exact volume of its predecessor. With its footprint no larger than 43 square meters it was to become an urban holiday house for a couple living in the countryside.   As the building faces north the main issue was then how to bring in a sufficient amount of direct and indirect daylight and how to integrate all the basic residential functions and at the same time create a high quality space.

With this in mind all the utilitarian functions were pushed out to the perimeter of the house. Since the building doesn’t have a garden, its otherwise monolithic volume was cut out to provide a small enclosed patio no larger than a balcony.   The patio is connected to the living room with a large glassed sliding wall bringing light in to the living area. The strict historic preservation guidelines allow dormer windows to be installed in the roof; however it has been known that a classic roof window is by far more effective in bringing in the light. The architects cleverly reshaped a regular dormer window in a functional skylight, thus providing the necessary headroom and light. The more private space in the attic is accessible by an origami-like shaped stairs of bent steel which seems like a delicate sculpture dividing the dining area and the kitchen from the main living room.

The materials are rough and neutral. Terrazzo floors, exposed concrete walls, white paint, felt and steel, are dominating the interior while grey fiber cement plates are creating unbroken shell of the exterior. The somehow rough appearance is counterbalanced with highly crafted and precise detailing. In the high density of its built surroundings, its introverted nature seems appropriate. Paradoxically, its modest gray neutrality brings some colour to the uniformity of terracotta roofs and white rendered walls of its neighbours.

It is by now indisputable that recycling will be one of the main themes of our century. The management of abnormal amount of waste produced by consumer society will be one of the most important factors for survival of civilization as we know it. Perhaps the first inklings of the recognition of these facts might be discerned in the awareness of people in the recycling industry, in the realization that their buildings have to be more than just mere infrastructures. From another angle, the importance of the issue can be seen also on the part of the architects, who do not shy away from such projects which at the first glance don’t offer much room for the ‘poetics of space’.   Architects Dekleva and Gregorič demonstrated with their project of the Metal Recycling Plant ‘Odpad’ that intelligent architecture needs to enter into the areas previously considered as purely technological. Last but not least the importance of this architectural stance could also be read through the number of architectural awards that this project received.

The metal recycling plant is located in the industrial zone in the outskirts of a smaller town of Pivka in Slovenia. The complex is composed of an enormous plateau, which is the heart of the operation, an administrative building and a service facility. The two buildings of equal volumes are pushed to the side of the area and are comfortably integrated with the concrete perimeter wall. To separate the two activities, the so called ‘clean one’ of administration and supervision and the ‘dirty one’ of the repair shop and warehouse in two different buildings speaks clearly of the separation processes that go on on the site behind the wall. With further material structuring of the two buildings the architects touched the subjects of permanence and ephemerality. While the service facility is made entirely of exposed concrete, the administrative unit is made entirely of metal thus establishing the dialogue with the recycling process that goes on in the facility.

Transparent structure of expanded metal sheets hovers like a console over the wall providing covered parking underneath. Opposite, the service building is embraced within the perimeter wall; however its heavy concrete mass of the top floor is dematerialized by a linear horizontal slot which separates it from the perimeter wall. Their structure is the only medium for the message, achieving with minimal means, the maximal effect, and allow once again the architects to skillfully escape the latent trap of the ‘designed’. 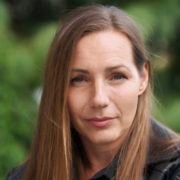