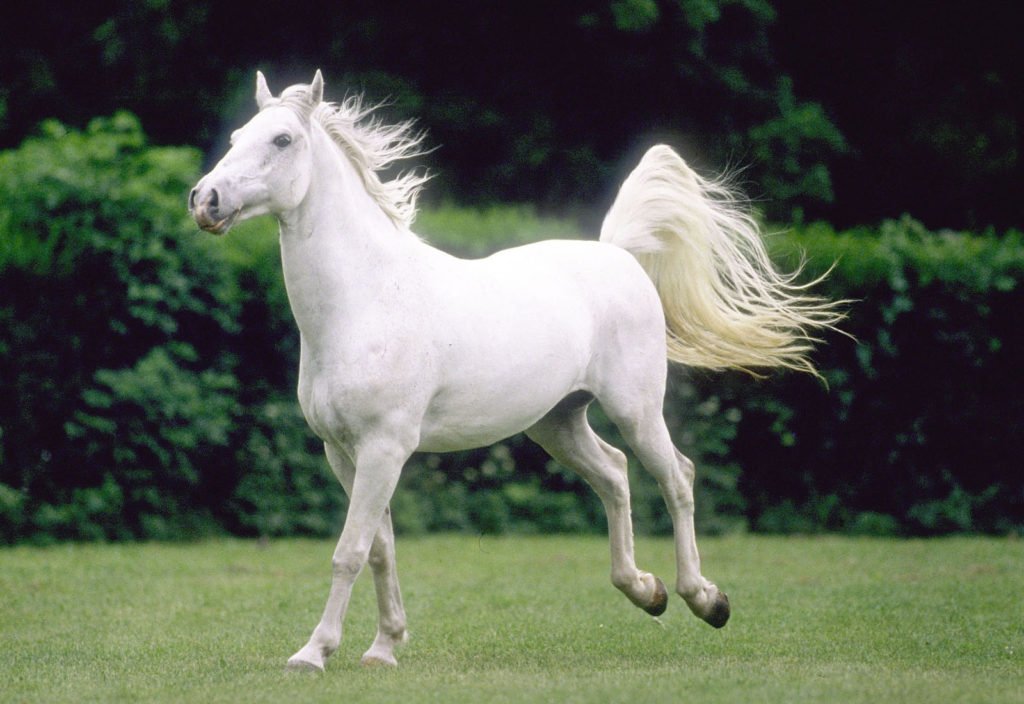 The Lipizzaners , Lipicanci in Slovenian, after the village Lipica, are perhaps the best-known horse breed in the world, their history a unique tale. The story began 400 years ago. It happened thus:

In the year 1572 the emperor of Austria-Hungary decreed that the Spanish Riding School established at the court should have an assured and regular supply of horses bred as showy carriage horses, for riding and dressage training. He entrusted the task of establishing a stud farm to the Archduke Karl who governed over the Slovenian territories. The horses should be beautiful, have proud bearing, and be graceful, strong, sweet-tempered, long living and intelligent.

The Archduke brought stallions of the Andalusian, Barb and Berber breed from Spain, the home of the famous Spanish Riding School, and installed them in the Lipica stud farm. There they were bred to selected imported mares and the local Karst horses, which were white in colour, small, slow to mature and extremely tough. It is believed that it was this breed that gave the Lipizzaners of today the high stepping gait.

The stud farm prospered during the next 200 years, providing graceful, even paced carriage and saddle horses for the Vienna court and the riding school. By 1880 there were 341 Lipizzaner horses at Lipica stud farm. Arabian stallions were added to the breed in the 18th century and Napoleon, when he briefly gained control of Lipica bred his Arab stallion Vesir to Lipizzaners.
It was in the 19th century that the six stud lines, among them the Arabian line were founded with the six stallions, which established the best qualities for which the Lipizzaner became known and are valued to present time: stamina, grace, good looks, intelligence, longevity, good nature and a talent for dancing.

The survival of the stud farm and the breed over 400 years is in many ways extraordinary. In the three major wars, which swept across the region, horses had to flee to a safe place, out of reach of armies that needed horses. During Napoleonic wars,  World War I and again during the World War II horses were moved and, yet some horses were always returned to Lipica to continue the line in the original stud farm.

Austro-Hungarian Empire broke up during at the end of the WW I, and Lipica became a part of Italy. At the end of World War II the borders were moved again and Lipica became part of Yugoslavia or more precisely, part of Slovenia, the northern republic of the federal state of Yugoslavia. General Patton now allocated the major parts of the herd that had been moved to a safer area for the duration of the war, to Austria and Italy. Only 13 horses were returned to the home stud farm. However the breeding at Lipica went on. Several additional Lipizzaner stallions and mares were acquired and the herd was again built up.

In 1991 Slovenia broke away from Yugoslavia and became an independent state. The Lipizzaner horses were declared the indigenous Slovenian breed and declared part of national heritage. The government consequently approached the European Commission with an application to protect the breed as the indigenous Slovenian breed and the Lipica stud farm as their original home. The Geneva based World Intellectual Protection Organization (WIPO) was approached with the claim for the copyright of the emblem of Lipica, which has been traditionally branded on its horses.

Other countries that breed the Lipizzaners have found this unacceptable. They maintain that it is the genetic principle rather than geography which governs the breeding lines.

Austria, in its role as the continuing guardian of the great  Spanish Riding School of Vienna, has laid a particular claim to the Lipizzaner, the wondrous dancing stallion, that has been likened to Pegasus without wings. Slovenia however lays claim to its name, home and cradle. Slovenian poet Edvard Kocbek has written a poem The Lipizzaners, with a lighthearted and humourous perspective on the importance of Lipicanec of Lipica to Slovenes.