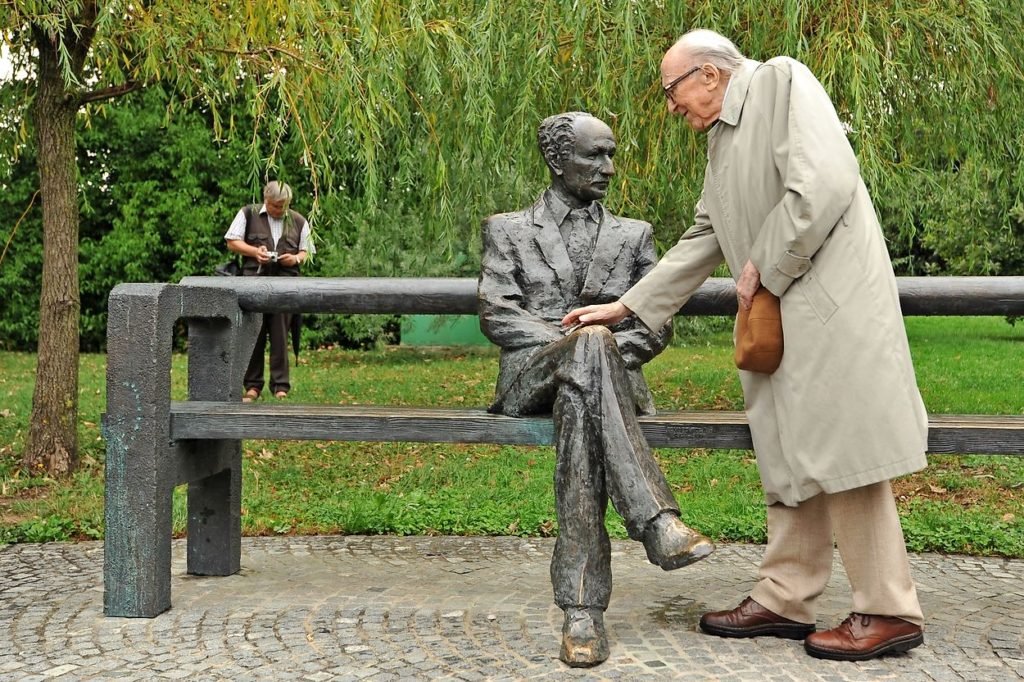 The writer of the oppressed

He has been called the Chronicler of the 20th century. His role as a writer has been to bear witness, as writer and particularly as Slovenian writer, to excesses and horrors of the Italian Fascist regime in Slovenian lands and the German Nazi regime. He is possibly the only survivor of the Nazi concentration camp, who has written from his own personal experience.

He is also the oldest living survivor of the Holocaust since the death of Yisrael Kristal on August 11, 2017.

Boris Pahor was born in Trieste, the port city of the old Austrian Empire situated within the Slovenian speaking region. It is a city which James Joyce described as an exciting multicultural city of German, Italian, Slovenian and Croatian speakers, with Slovenian hinterland. After the fall of Austro-Hungary the city and the surrounding territories were accorded to Italy. This decision had dire consequences for the Slovenian “minority”. It became the prime objective of Mussolini’s Italy to suppress Slovenian identity and Slovenian language, which till then had held equal status with other languages within the borders of the Austro-Hungarian Empire.

He left an enduring record of this period between the two world wars in the stirring novel Trg Oberdan (It. Piazza Oberdan; Eng. Oberdan Square), having witnessed as a child the burning of Slovenian Community Centre in 1920. Later he speaks poignantly about the effect living in the fascist Italy has had on him as a child:

… due to the trauma of experience of the Slovene Community Hall being burned down, which I experienced at age seven, on the spot, and following the shock that I could not go to Slovene schools anymore, I felt robbed in a way of the spiritual and psychological meaning of life.

In the novel Trg Oberdan he describes the experience of every Slovenian person living in the fascist Italy during this period. It is in every sense a Slovenian documentary novel of this place and time in the life of Slovenian people. A memorial work of literature that speaks for all those who perished, those who have lived through it, and to the subsequent generations.

The Nazis arrested Pahor in January 1944 for his supposed involvement with the antifascist Slovenian resistance and held him as a political prisoner in a succession of camps, at Dachau, Natzweiler, Harzungen, and Bergen-Belsen, where he experienced and survived the full and unimaginable horrors of the Nazi concentration camp.

Pahor revisited the place after the war and published the renewal in retrospect of his own personal camp experience in his novel Necropolis. It was followed by another book Combat with Spring (also translated as A Difficult Spring), in which he described the aftermath of the camp experience and the subsequent agony of the healing process that all survivors experienced.

Pahor’s great achievement as writer and survivor of the Nazi death camp has been to bear witness to suffering engendered by an inhuman regime. His personal experience is chronicled in the unique literary opus – Necropolis. Today the work has been widely translated and judged as one of the most powerful literary monuments to the inhumanity of the Nazi era.

It took a long time to achieve the international recognition. It is a hard path for a literary work written in a minority language.  Necropolis was published in 1967 in Slovenian, subsequently appeared in a superb English translation by Michael Biggins, then published in 2010 in a new edition as part of Slovenian Literature Series by Dalkey Archive Press.

How does a Slovenian minority writer, living in Italy achieve recognition and international  acclaim? It was to be a long struggle. It was first presented for publication in 1972 translated into Italian, without result. Then again in 2007.

When Slovenia entered the EU in 2005 a small publishing house in Trieste eventually translated and published some of Boris Pahor’s works dealing with the Fascist repression of Slovenes.

French and German translations of Necropolis were published, then the Italian in 2007. In 2008, an influential article entitled “The Pahor Case”, deploring the fact that the author had remained unknown in Italy for so long and blaming the Italian nationalist milieu of Trieste for it, appeared in the Italian journal La Repubblica. In 2008, finally and unexpectedly, the novel Necropolis, written by Boris Pahor in 1967, gained international recognition and was placed prominently into the world literature.

The book’s journey towards publication and international acclaim sheds light on the novel’s path from the semi-peripheral Slovenian literary system to the canonical works of Slovenian national literature through to its consecration in one of the prestigious intellectual and artistic centres of the world literary system that is Paris, as well as through the medium of translation into the dominant world languages. There is also the uniquely poetic character of this novel of memory about life in a concentration camp, which represents one of the world’s major literary testimonies of the Holocaust.

A member of an intensely patriotic and numerically small Slovenian nation, Boris Pahor has achieved international renown and is one of the best-known Slovenian writers. He has also been acknowledged as the writer of the world’s major literary testimonies of the Shoah.

A prolific writer, his works have now been translated largely into German and French, but his greatest achievement remains the novel Necropolis, first published under the title Pilgrim among the Shadows in USA and the title Pelerin parmi les ombres in France.

Originally published in Slovenian in 1967, Necropolis subsequently appeared in a superb English translation by Michael Biggins that has been out of print for over a decade. In his introduction to Dalkey Archive Press’ new edition (published in 2010, as part of its Slovenian Literature series), Boris Pahor explains that the main themes of his life’s work address the absence of freedom. As a member of the Slovenian minority in the Italian city of Trieste, he experienced the Italian Fascist repression following World War I, “totalitarianism of the Slovenian Communist variety” following the World War II, and the Nazi camps where the lack of freedom found its most terrifying and complete expression.