Art of story-telling from ages pastThe Slovenian folk tradition is rich in tales, myths and legends. An ancient world is unveiled, populated by magical beings, such as fairies, water sprites and other magical creatures. Tales reflect Slovenian national character and depict their view of the world and experience of life. There are also a number of folk figures, which have a uniquely Slovenian flavour. Amongst them are female characters, such as desetnica (the tenth girl), who is compelled to leave her home and wander the world. Characteristically Slovenian tales are about ordinary people who battle for survival every day, often successfully matching their wits with forces that appear beyond their control.

The first English translation of thirty-five Slovenian folk tales by Aleksandra L. Ceferin from the source collection “Bajke in pripovedke slovenskega ljudstva” by Jakob Kelemina published 1930 in Slovenia, indicating a long tradition of tales in the literary landscape. The tales texts are presented in Slovenian/English.
View :
http://thezaurus.com/webzine/category/Myths%20and%20Legends

Dr. Šmitek is the foremost expert on the Slovenian folk narrative. He has published books and articles in his field of studies, notably Slovenian folk narratives. Most recently is the publication of an exceptional Slovenian mythological series of eight books, “The treasury of Slovenian Tales / Zakladnica Slovenskih pripovedi”, with editors Roberto Dapit and Monika Kropej. The article is the first English translation of the introduction to the series in the volume ” Videnja pokrajine…”.

Article: When the world was created
by Dr. Zmago Šmitek (Ljubljana, 2000)
View :

In the Slovenian folk tradition there are also creation myths. Jakob Kelemina in his “Bajke in pripovedke slovenskega ljudstva” has recorded several versions of the way Slovenian people explained the earth and mankind and how the world used to be. Later Zmago Šmitek added to the collection of myths. 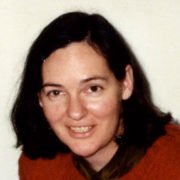