Architect Nande Korpnik (1962) was born in Velenje, a city which is a unique example of Slovenian urban planning. The specifics of his environment in his formative years mixed with his dynamic and analytical personality clearly contributed to his production of some most exciting architectural works in Slovenia. 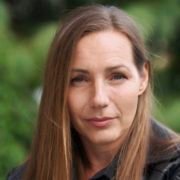