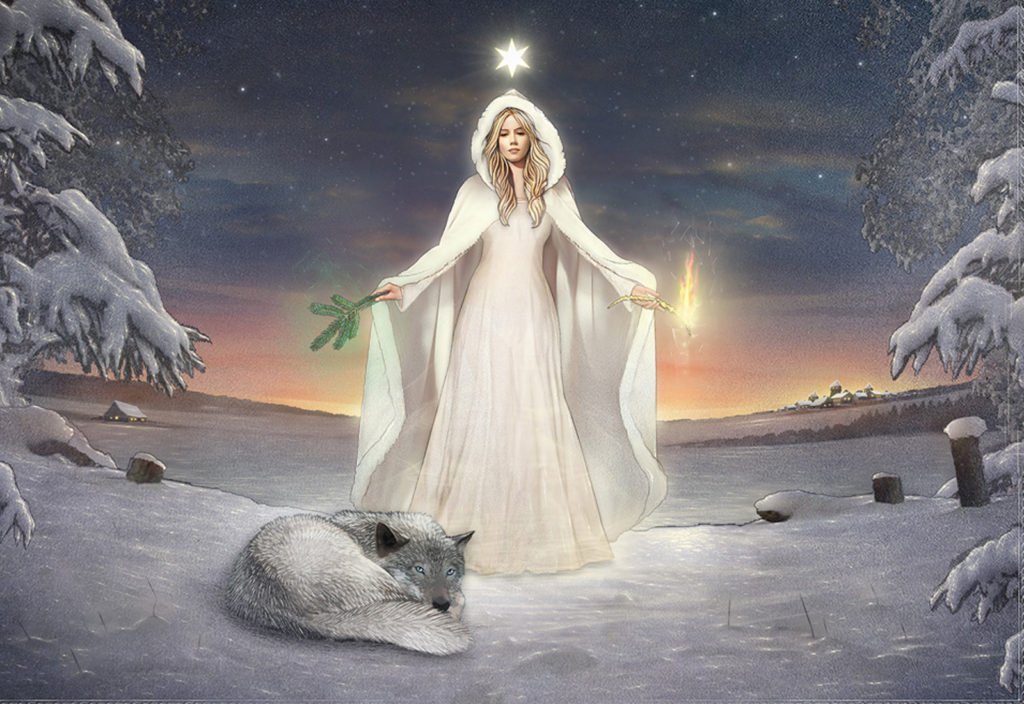 Goddess of MorningIn common with other traditions who revered a goddess of the morning, Indian Usha, Roman Aurora and Greek Eos, Slovenes worshipped Dogana or Zora.

From the fact that Indians even today still attribute to the goddess of morning such an important role in their daily life, we can surmise, that she had a special place also among the peoples of Eurasia. Among them were Slovenian ancestors Veneti in Central Europe and the Alps, who have bestowed their cultural and spiritual legacy on Carantanians. For this reason we encounter a number of similarities between Slovenian language and tradition, and the Sanskrit and culture of India.

Goddess of the morning is also known as Zora. The name Zora (dawn), clearly indicates her role as the goddess of morning. The name Zora has been retained in folk ballads with a mythical core. In the ballad Mlada Zora (Young Dawn), Zora is kept captive in a high tower, reminiscent of Vesna, goddess of spring.

Danica, the morning star and herald of the new day, was significant in antiquity, and often appeared as the guiding star, like the star of Betlehem, that guided the three wise men to the newborn child Jesus. Dogana appears in folk myth as a sea maiden and shepherdess, who drives her herd to pasture every morning. She must have had her own festival. This feast could have taken place only on the first day of February, when the day begins to lengthen. It was largely subsumed in “Svečnica,” the feast of candles (Candlemas) on 2 February, a much celebrated feast dedicated to Our Lady.

The Candlemas feast is of pre-Christian origin. In the middle of February the Roman world celebrated the feast of lights. On this day all the people were out on the streets, carrying burning torches. They celebrated the day, when the time of winter darkness had passed and the morning began to become brighter. The feast was pre-Roman, sometime attributed to the shepherd god Pan.

We assume that for Slovenian ancestors the goddess Zora personified the morning. With her victory over the night, days began to lengthen. For the farmer, the feast had been a turning point until recently. After Candlemas the work on the land, preparation of the fields for planting and sowing, began in earnest.

Both Dogana and Zora appear in myths, mostly myths of abduction, having to do with the dying of the day and returning of the light in the new day, of death and the renewal of life.

During the pagan era the goddess Dogana / Zora certainly had her own festivity. That must have occurred on the day when the morning was so early, that it effected the workday. This feast could have taken place only at the beginning of February. Its festivities and customs were to a large extent subsumed in the feast of Candlemas, which became with Christianity a much celebrated feast of Our Lady.On 2 February, the Day of Mary’s Purification, the church established the feast of the candles, where it got its name. It was really the feast of Christ, who is the light, that illumines and gives meaning to life. A natural phenomenon, that is the lengthening day, became a spiritual symbol of enlightenment.

The ceremony of the blessing of candles completely overlaid any remnants of the pre-Christian feast, which is related to the lengthening of the days. The candle was most probably also the symbol of the ancient feast, and in pagan times it may have represented the goddess Zora. In Slovenian tradition the burning candle is used to exorcise evil spirits that rule the wintertime and to foretell death and misfortune. At Candlemas there used to be also the custom of “koledovanje,” carol-singing rounds, with distinctive carols, and gifts to “koledniki,” carol singers, in memory of the departed.

Svečnica was the celebration of victory of the light, when the winter darkness had passed and the morning becomes brighter. We assume that for Slovenian ancestors goddess Dogana / Zora personified the morning light. For the farmer, the feast had been until recently a turning point. After Candlemas the work on the fields began in earnest.